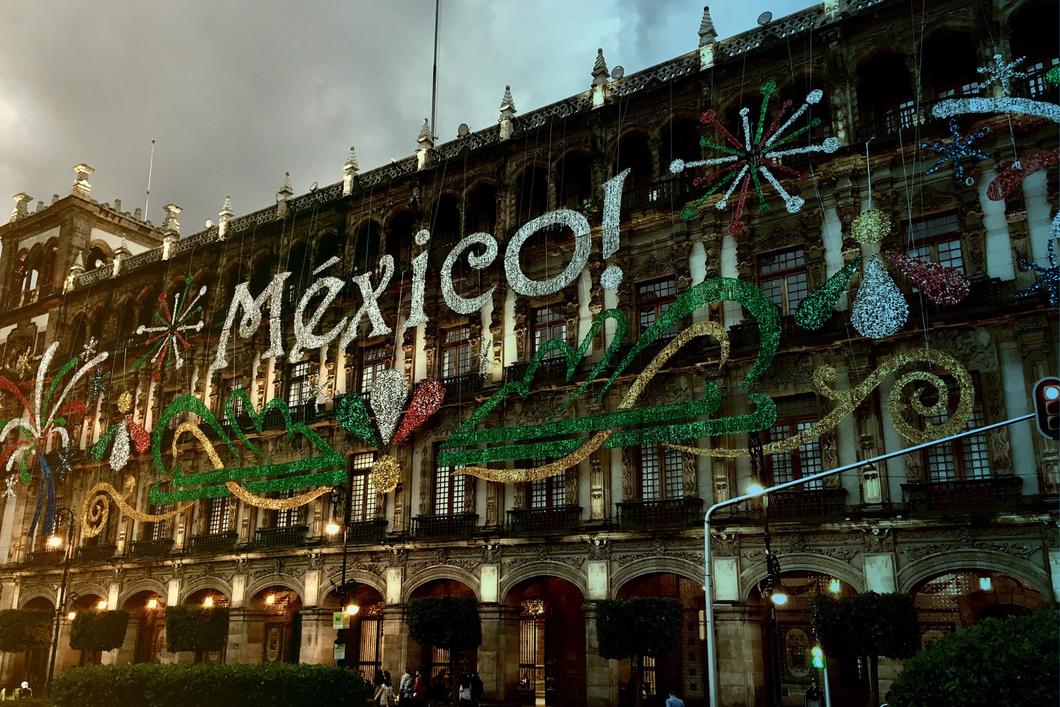 The Mexican 2020 Tax Reform was approved in October 2019 by the Chamber of Deputies of Mexico’s Congress of the Union and subsequently by the Senate. The amendments published on December 9, 2019 in the Federal Official Gazette do add, amend, modify or repeal various provisions of the Income Tax Law, Value Added Tax Law, Tax Law and the Federal Tax Code. Some of the amendments are enforceable as of January 1st, 2020 and further in January 1st, 2021.

The Mexican 2020 Tax Reform was approved in October 2019 by the Chamber of Deputies of Mexico’s Congress of the Union and subsequently by the Senate. The amendments published on December 9, 2019 in the Federal Official Gazette do add, amend, modify or repeal various provisions of the Income Tax Law, Value Added Tax Law, Tax Law and the Federal Tax Code. Some of the amendments are enforceable as of January 1st, 2020 and further in January 1st, 2021. The overhaul intends to improve the revenue collection and provide stronger legal tools for the tax authorities. At international level, it intends to avoid aggressive tax planning and the erosion of the tax base according to the OECD recommendations included in the BEPS Project. In addition, the enactment of the new bill tracks the goal to extend the number of taxpayers and to reduce economic inequality of the population.

Mexico’s tax-to-GDP ratio (16.1% for 2019) is the last when compared with the OECD average (34.3%) or even the average of Latin America & the Caribbean (23.1%). As a consequence of these low tax revenues, Mexico has been enforcing domestic reforms developed in the context of the OECD/G-20 Base Erosion and Profit Shifting (BEPS) Project. It does though not surprise, that the Legislative stated that the purpose of the new enactment was to address tax avoidance and evasion as well as providing the tax authorities with stronger tools to collect taxes without having to raise them.

In this context, Article 4-B MITL now limits the possibility of Mexican tax residents to defer payment of income tax on the income derived through foreign pass-through entities and legal figures by not allowing the taxpayer anymore to take the position that there is a “lack of control” (= REFIPRES regime exception) over the structure. Pursuant to that exception, the taxpayer did not have control in the past over the timing and the manner of the distributions of dividends or profits obtained by the foreign pass-through entities or foreign legal figures and achieved in that way an income tax deferral. A brand new “control test” was enacted in order to attribute income to the members, partners, shareholders or beneficiaries of these structures, thus the “lack of control” argument would be less effective as from 2020.

Following a transition period, this regime will apply as from January 1, 2020 and therefore, income from these structures shall be generally reported in 2021.

The concept of “effective” control is re-defined and adheres now to a legal and an economic control test. Whenever a taxpayer has (directly or indirectly through an interposed person) 50% or more of any rights to vote, veto, or to decide when profits are distributed, they will be deemed to have effective control of the corporation. Effective control will be presumed as well if the taxpayer has a right to more than 50% of the assets or profits of the Controlled Foreign Corporation (“CFC”) in case of liquidation or capital reimbursements, at any time during the year.

The Chapter of the current Preferential Tax Regime rules is modified completely and does change its title to be named now “Controlled Foreign Companies subject to Preferential Tax Regimes.” The main goal of the amendments is to implement some of the recommendations included in the Final Report of BEPS Action 3 (“Designing Effective Controlled Foreign Company Rules”) and to clarify certain provisions. One of these clarifications is the one stipulating, that the set of rules will only apply to income obtained through a non-transparent controlled foreign company (“CFC”), if its income is subject to a preferential tax regime. The REFIPRES regime remains in place and the definition of a preferential tax regime stays. REFIPRES income is that one obtained by a Mexican Individual or Mexican Company through a foreign non-transparent company located in a jurisdiction which does tax income below 75% of the taxation which would be applied to that company in Mexico. This so-called REFIPRES income is then added as a consequence to the home tax base of the Mexican Individual or Company on a yearly basis.

In order to determine whether income obtained by a CFC is subject to a preferential tax regime or not, all foreign income taxes effectively paid shall be considered, which includes federal or local taxes paid abroad and all taxes withheld in Mexico, except for Mexican dividend withholding taxes.

The Tax Reform introduced for the very first time a general anti-avoidance rule (GAAR) implementing a business purpose test as a standard to be applied by the tax authorities in the tax review of transactions that generate tax benefits. Tax authorities are in this way granted with the power to assess different tax consequences to those claimed by the taxpayers. In this context, transactions that lack a business reason and that generate a tax benefit will be recharacterized according to their real economic benefit or will be considered non-existent if they do not have an economic benefit. The recharacterization or non-existence of transactions will only be for tax purposes and shall be authorized by a committee formed by members of the Tax Administration Service (“SAT” by its Spanish acronyms) and the Ministry of Finance. The taxpayers may initiate legal remedies to challenge the recharacterization and prove otherwise.

It is presumed, that a transaction lacks a business reason when the quantifiable economic benefit, whether present or future, is lower than the tax benefit received. Tax benefit is defined to include any reduction, deferral or elimination of a contribution.

It is presumed, that a sequence of acts lacks a business reason when the sought economic benefit may be obtained through the realization of fewer acts or steps and that the tax effect of the latter results more burdensome.

As of January 1st 2021, taxpayers and their advisors will be obliged to disclose to tax authorities certain reportable schemes that are listed in Article 199 of the Federal Tax Code. Certain reportable schemes that are designed to avoid: (i) the exchange of information among tax authorities including CRS & FATCA; (ii) the application of the REFIPRE rules and the aforementioned Article 4-B of the MITL; (iii) the identification of the beneficial owner of the income or assets involved; (iv) transfer of tax losses to people other than those who generated them; (vi) intangible assets difficult to value; or (vii) schemes that seek to avoid the establishment of a permanent establishment, among others. Schemes generating a tax benefit in Mexico will have to be reported to the tax authorities. Tax advisors will be obliged to register and to disclose any reportable scheme in case they participate in its design, commercialization, organization, implementation or management. On the other hand, taxpayers will be obliged to disclose a reportable scheme if the scheme is designed, organized, managed or implemented by themselves. Failures to comply with obligations related to reportable schemes may result in fines ranging from 50% to 75% of the tax benefit embedded in the reportable scheme, and from MXN $ 15’000 (USD $650) to MXN $ 20’000’000 (USD $870,000) depending on the specific situation.

As mentioned at the start, the tax reform did not include a tax increase in the form of new taxes or higher rates. Its purpose was another one and it remains now clear, that the tax reform 2020 has changed the relationship between taxpayers, their advisers and the tax administration. The new rules introduced will force taxpayers and advisors to reconsider until year-end (end 2020) their existing set-ups involving companies, foundations and trusts with a Mexican connection, not only in light of the 2020 Mexican Tax Reform but also in light of the eventual application of OECD’s multilateral instrument to the Mexican tax treaty network. Finally, as mentioned above, investments through fiscally transparent entities will become subject to significantly different rules as of 2021.

Should you wish to further discuss these topics and learn how to plan ahead, please do not hesitate to contact our LATAM Wealth Management Team.

P.S. Have you already seen our  KENDRIS LATAM Image Film ? 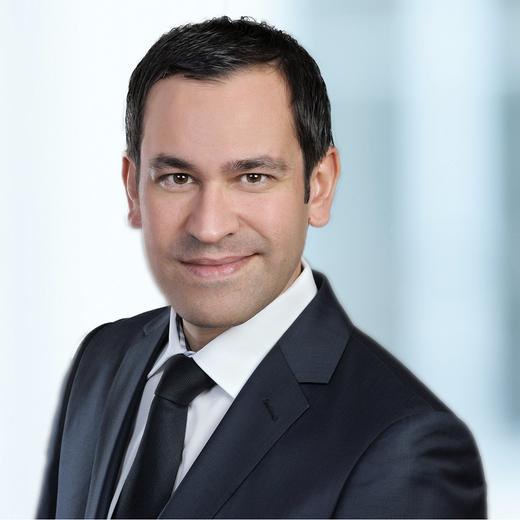